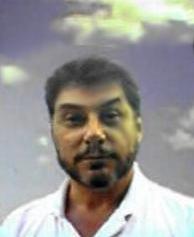 This site commemorates the British actor, writer and theatre designer John H Bartlett, who died on 12th December 2002. It features some of his significant productions, his artwork for costume design, and his interesting insights into Restoration drama.

John H. Bartlett trained as an actor at London's Central School of Speech & Drama: his subsequent career was been divided between acting and designing.

His acting roles included parts as varied as Benvolio in Romeo & Juliet, Petrovyan in Chase me Comrade, and countless Police Constables in Agatha Christie mysteries. More recently he played Banquo in Macbeth, the Bishop of Carlisle in Richard II, Andrew Wyke in Sleuth, and with the avant garde group Angelcast he was The Voice in Archangel of Industry, Bookkeeper in Storehouse and Father MacEvoy in The Raw & the Cooked. Later he was particularly known for his solo performances of Pope's The Rape of the Locke and That Tiger Life.

His notable achievements in the field of design were several seasons at Pitlochry Festival Theatre, The Prisoner of Zenda at Chichester and The Doctor's Dilemma for Bristol Old Vic. John designed for many of the British theatre's best known stars; his costume drawings are collected as works of art in their own right, and have been seen in important exhibitions at Chichester Festival Theatre and the Royal National Theatre.

His interest in the classic repertoire of the stage was informed by extensive researches into Period manners and movement, into the history of art and theatre practices, and into Renaissance and Baroque Dance.

John also contributed frequently to The Stage newspaper, writing on the colourful history of the theatre.

The Rape of the Locke

Adapted for Blogger by Ray Girvan at The Topsham Bookshop.